The Outcast Chronicles are told through the lives of five key individuals:

Imoshen: Her birth was hidden by her father, the ambitious leader of a great brotherhood. He locked Imoshen in a tower (really a lighthouse in a small island) so he could use her as his tool to destroy the sisterhoods’ power over the brotherhoods. She only just escaped with her life at seventeen, when she sought sanctuary with the sisterhoods in the Celestial City. Imoshen is a survivor, desperate to protect her infant daughter from the mieren king who has sworn to eradicate her people from this land.

Sorne: The unwanted, half-blood son of the true-man king, Sorne is raised to be a weapon against the mystics. Desperate to win his father’s respect, he steals power to trigger visions. When he has a vision of half-bloods in danger he has to ask himself where his loyalty lies.

Tobazim: Inspired by tales of honour and glory, Tobazim went to the Celestial City, hoping to win stature and rise through the ranks of his brotherhood. But he finds the brotherhood that he is sworn to serve is ruled by a cruel tyrant, whom he despises.  How can he serve his brotherhood when all they respect is violence?

And then we have two young people who get thrown in the deep end. 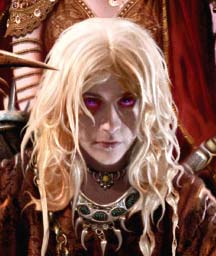 Ronnyn: Perceptive and loyal, Ronnyn was born a pure-blood mystic to half-blood parents from a brotherhood. The brotherhoods are bound by a gift enforced covenant to hand over all T’En babies to the sisterhoods to rear. But Ronnyn’s parents couldn’t bear to give him up so they ran away from the Celestial City. Now twelve, Ronnyn is already as tall as a full grown mieren. In another year he will be thirteen and his gift will surface but there is no one to teach him how to contain his power and harness it. Ronnyn would do anything to protect his family, even if it means leaving them.

Aravelle: Ronnyn’s sister. Clever, but fated to serve the pure T’En because she was born a half-blood, thirteen year-old Vella understands why her parents ran away. But their lives are never ending drudgery, scraping a living from the sea and the island’s poor soil. Also, she fears what will happen when Ronnyn’s gift starts moving. Do her parents have a plan? Will her family have to go back to the Celestial City? If they do, will her parents be punished for running away from their brotherhood?